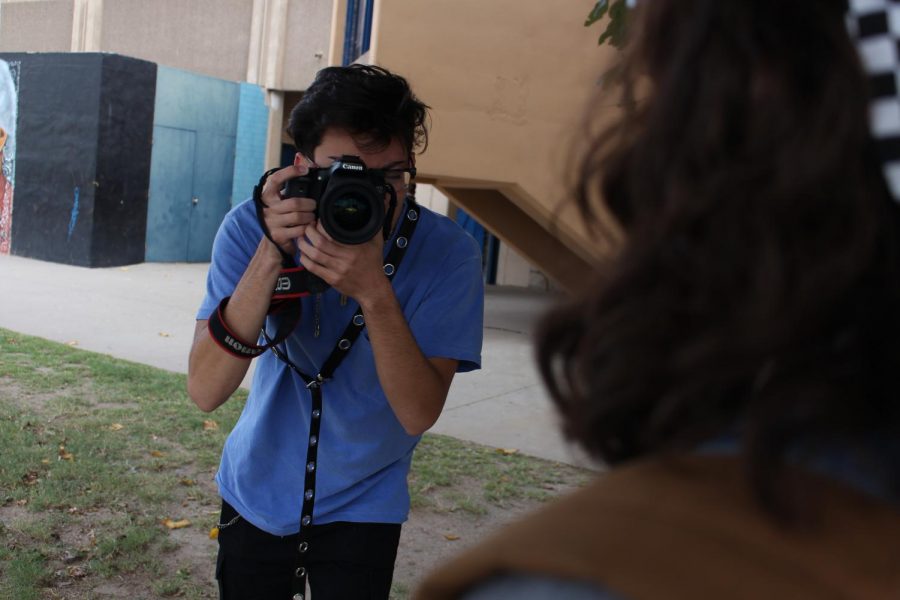 Esteban Salazar is one of the art teachers that sells his art through local galleries, social media and art markets.

Mr. Salazar had always doodled on his high school class assignments. Mr. Salazar said he went to college on a band scholarship, needed an art credit and enjoyed it far more than he had expected.

“I fell in love with the craft. I enjoyed how people thought about things like I did,” Mr. Salazar said.

His preferred art style is a mixture of pop art and surrealism. And his preferred medium when creating a piece of art is pyrography, which is when an image is burned into a piece of wood using a wood burner. He also has successfully been selling his art pieces for the past two years.

“I enjoy selling my art but it’s not all about the money. It’s more about spreading the way I see things in my own perspective to others,” Mr. Salazar said.

Ms. Estrada is a geometry teacher that creates art and sells it in a variety of ways. She began her creative journey when she was just a child.

Ms. Estrada claims that her mother would make her draw off of clothing magazines so she would get an idea of the human body.

“I was self-taught but with the help of others, I began to also use different mediums and art styles and incorporating them into my pieces,” Ms. Estrada said.

Ms. Estrada has begun to incorporate surrealism into her realistic art and uses paints as her preferred medium.

“I never wanted to rely on my art for income that’s why I work her at Bowie. I save most of the profitable money and put it away for a rainy days,” Estrada said. 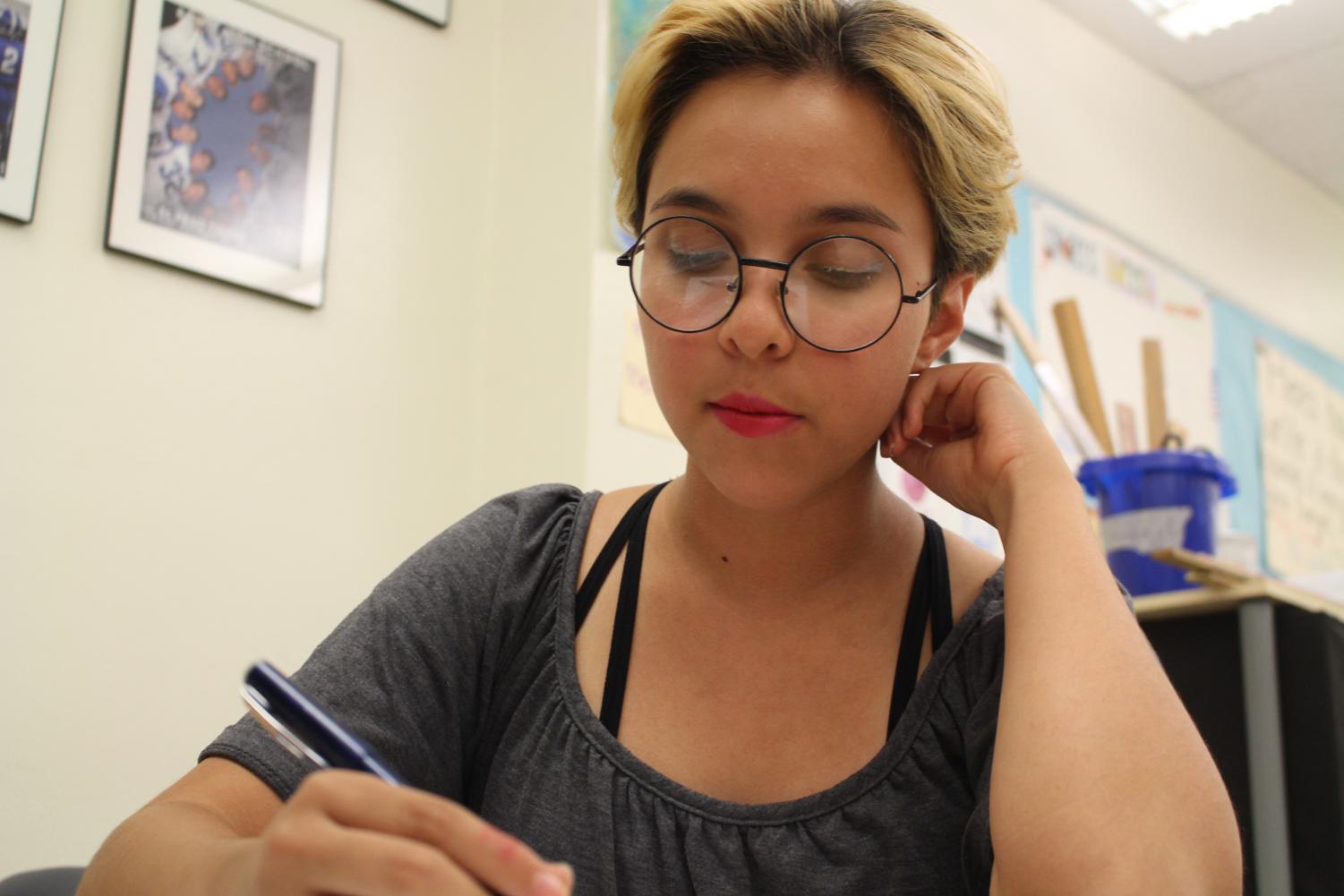 Patricia Mojarro is a senior that creates art pieces and sells what she can.

Mojarro had always wanted to create art that was expressive and emotional. She took art classes in middle school and high school up until a year ago.

“After that I advanced my art skills by watching YouTube videos and getting inspiration from others,” Mojarro said.

Mojarro said her favorite drawings are mainly portraits and her preferred medium is pencil.

“People then began asking me to draw photos of them. It became a constantly annoying question and that’s when I decided to start charging people for my work and time,” Mojarro said.

Mojarro said she even began selling her pieces at art walks and other places.

“I usually do art upon request but it’s more about the passion not the money I gain from my pieces,” Mojarro said. 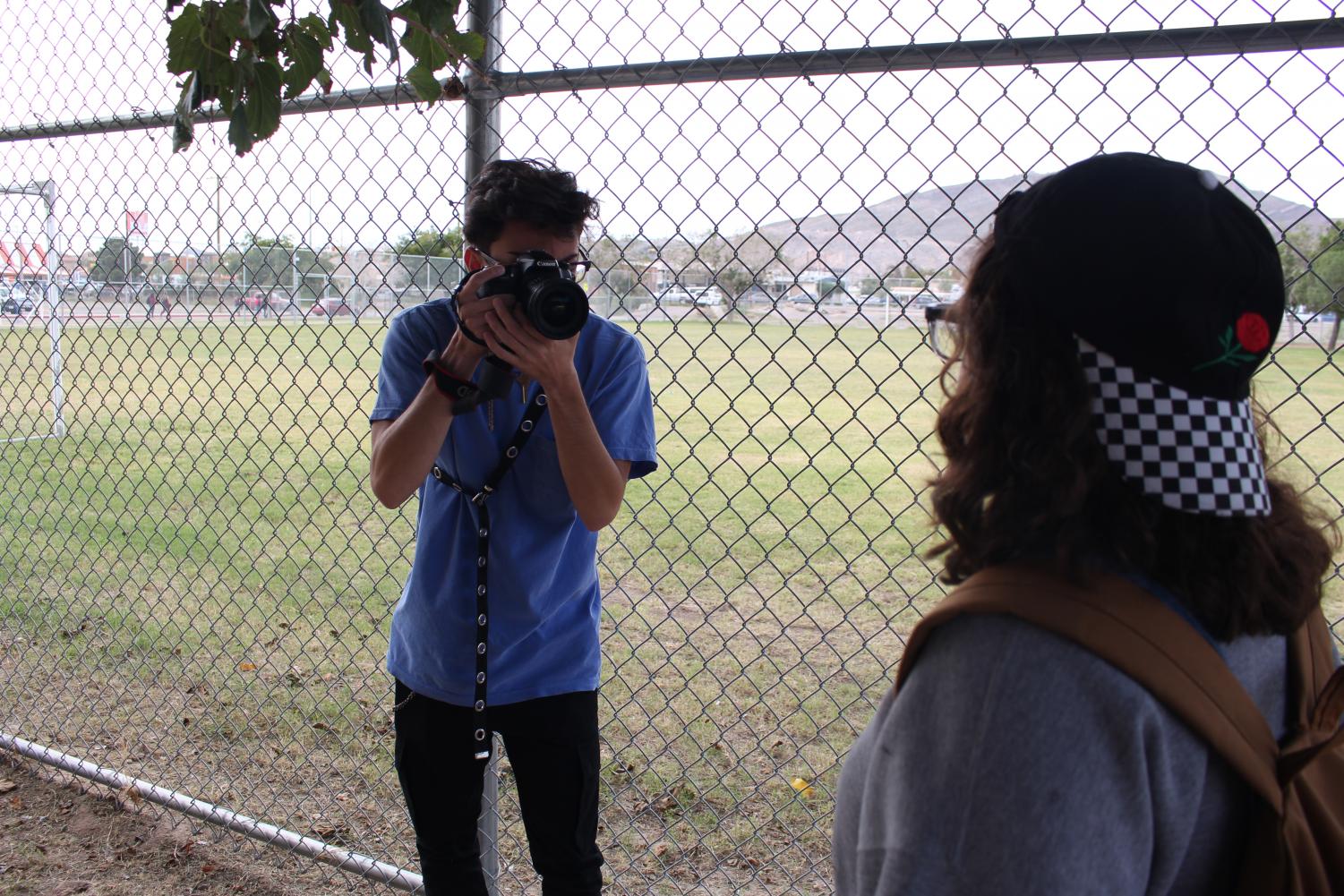 Christopher Baca is a senior  that captures portrait photographs of others and also has turned his creativity into a little bit of profit.

Baca began as a photographer for Mr. Vega. He then began to take photographs for his personal social media accounts. He would take portraits photos of others and people began to notice his work.

“The people who would see my work would ask me to take photos of them. And that’s how it all started,” Baca said.

Baca believes his business is successful because he’s doing something he enjoys and is making a profit off of it.

“It’s also about what is being captured in the photo that makes it art. It’s not always about making the money and calling it a day,”Baca said.